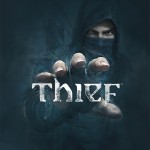 (tl;dr version – This game looks amazing in 3D, but you need a PC and an NVIDIA card!)

As a major 3D proponent, I’ve argued that one of the places where the option for 3D should be dominant is in video games. Most games are coded in 3D space anyway (x,y, and z calculations) even though it’s a 2D screen, which makes calculating a second viewpoint incredibly easy. Calculate viewpoint #1, virtually move the camera a few inches to the side, calculate viewpoint #2, combine the two views … done and done!

Unfortunately, because of the vocal demands of the haters who don’t want anyone to enjoy 3D because they’re personally offended somehow, most games do not come with a stereoscopic 3D option. I was very upset when I found out that Ubisoft removed stereoscopic 3D from Assassins Creed IV having played the previous three iterations in 3D. Sony once let the charge on 3D gaming for the PlayStation 3, but have backed off from such marketing pushes on the PlayStation 4.

This is not to say that 3D gaming is dead, however. Many PC games can be played in 3D depending on how they were programmed using NVIDIA’s stereoscopic on-the-fly 3D settings in their drivers. (A minimum of an 8000-class card is required.) For example, Microsoft Flight Simulator X looks absolutely amazing in 3D even though it was not designed for it, whereas games like Batman: Arkham City and L.A. Noire are 3D-ready. Other games like Pinball FX 2 and Trine 2 have amazing stereoscopic 3D on the PS4 and possibly other consoles.

The folks at Eidos Montreal, however, decided to fully embrace 3D in their latest game Thief not only by making the game 3D-ready but also by including their own 3D settings within the game. (This is for the Windows version, obviously. I don’t know if it’s available in 3D on other platforms, although I’ve confirmed that it is not available in 3D on PS4.) The results are astounding, even to the point that viewing the game in red/blue anaglyph gives a very clean 3D presentation.

For reference, I have a gaming PC with a GTX 650 ti video card and NVidia’s 3DTV Play plug-in hooked up to my 3DTV. This plug-in triggers the NVIDIA drivers to activate 3D mode without requiring NVIDIA 3D hardware or resorting to red/blue anaglyph. Basically, it lets the TV take care of processing the 3D while the driver provides the 3D signal.

When you first launch Thief you get a launcher with a few choices. Under the Options menu, if you configure the game to run in “Exclusive Fullscreen” mode from the “Options” setting at launch before the game actually starts and you have NVIDIA’s 3D mode turned on in the video driver (even if it’s red/blue anaglyph), the “stereoscopic 3D” option should then be available. (Note that the 3DTV Play plug-in for whatever reason restricts resolution to 720p.) Once you’re in the game, the Display menu has two options to change the 3D settings: “Stereo Separation” and “Stereo Depth”.

The default settings are okay, but only if you’re comparing something close to your character with something far away. When I found the “3D Depth” and “3D separation” settings and cranked those up to max – HO. LEE. SH*T. Things in the foreground then looked like they were coming out of the screen, and things in the distance looked like they were way back. (I also had NVidia’s drivers set to maximum depth, but it didn’t make anywhere close to an impact as the game’s built-in settings did.) The 3D settings are retained when you run the benchmark, too, so you can get a feel for it there. Even in red/blue 3D mode, the 3D effect doesn’t appear to be as sharp as with “normal” 3D, but it’s definitely there. If you have a set of red/blue glasses, look at the screenshots to see the results.

These are actual 3D in-game screen shots using the red/blue anaglyph setting. Regrettably, Steam’s image capture function seems to capture the frame buffer itself, not the actual screen display; so even with 3D mode turned on screen captures are in 2D. As a result I had no choice but to point my DLSR camera at the screen to get the screen shots. (It’s times like this when I wish I had an HDMI capture box.)

The result was come color bleeding, mild Moire color patterns, as well as inaccurate color representation, all of which are obviously problematic for red/blue 3D. I tried to correct the issues as much as possible, but there’s only so much that can be done. So, the 3D quality of the screen shots is less than stellar, but if you have red/blue glasses you can still easily see the level of depth that the game provides, particularly in the brighter images. The actual red/blue 3D when you’re playing the game is quite good (even for red/blue) but active/passive 3D looks phenomenal, especially when the 3D depth is cranked up to full.

If you enjoy 3D, you bought Thief for the PC, and you have a newer NVIDIA card, you owe it to yourself to try this out! (Even if you don’t have Thief, you should try the on-the-fly 3D setting anyway. Some games look remarkably good.) It’s wonderful to see that Eidos put stereoscopic 3D right into the game, and it looks amazing! Why they didn’t enable this feature in other versions, especially newer consoles like the PS4, is mind-boggling.

If you don’t like 3D, you also have a choice… don’t turn on the 3D settings. It’s that simple. I’m sure it won’t stop the haters from complaining about it or trying to take it away from the rest of us to enjoy, though.

2 Responses to “For The 3D Gamer: Thief”