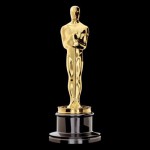 Anyone who listens to my podcast knows that I’m not a fan of the Oscars.  Rowan Atkinson accurately reflected my views during one of his stand-ups when he said:

What could be more dull than these sordid back-slapping sessions where has-beens in tuxedos hand over to even older has-beens in tuxedos awards for plays that closed the week before they opened because the audiences were clamoring instead for tickets to Andrew Lloyd Weber’s latest rearrangement of Puccini’s greatest hits?

Of course, he was referring to stage productions, not motion pictures; but my feelings towards the Oscars is essentially the same. Although the scenes that I watched afterwards were funny – I think Seth McFarlane did a great job at his first run at the Oscars – I wouldn’t be able to sit through several hours of that  just to see who won a few dozen awards.

However, it was with some dismay that I heard that Michelle Obama handed out the Oscar for Best Picture. Yes, I lean to the political right, but I’m far more centrist than many of my fellow GOPers. I’m suspicious of all politicians equally because they’re politicians!  After all, there’s an old joke about the definition of “politics”: poly being the Greek prefix for “many” and ticks being blood-sucking insects.

But my gripe has nothing to do with political affiliation. As the owner of widescreen.org for over 15 years, I’ve watched changes (and lack thereof) in Hollywood.  I’ve interviewed people who are responsible for restoring older films. widescreen.org has been referred to by Hollywood studios, such as Universal, as an educational reference in their official correspondence with customers.  More importantly, as someone who has worked with behind the scenes with independent filmmakers, I’ve seen times where a whole day of shooting, adjusting lights, dealing with take after take after take yields only 15 or 20 seconds of usable shots.

I get annoyed when people leave theaters as the credits roll or when TV stations accelerate or edit ending credits so they can fit in another precious commercial.  Those credits are there to show who was responsible for bringing that piece of entertainment into our homes and theaters.  The ending credit sequence for “Superman: The Movie”, for example, is more than 8 minutes long! Each of the people in that sequence contributed in some way to the movie. Why were none of them asked to present the Oscar for Best Picture?

There are people who are more a part of Hollywood than any politician – animators, cinematographers, sound designers, editors, gaffers, set designers, and so forth – people who we ignore when the credits start to roll yet people who are an integral part of the entertainment that we seem to take for granted. They deserve the spotlight more than any politician (or politician’s wife) who already has more than enough spotlights. Having Michelle Obama present the Oscar last night was nothing more than pandering to a politician that Hollywood helped to elect. The people who normally go unnoticed when the credits start to roll should have been ahead of her in line to give that award.  Every person who is listed in any movie’s credit sequence deserves some time in the Academy Awards spotlight, too.