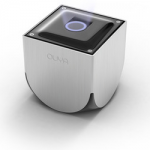 Android gaming is exploding. The plethora of Tegra-based tablets and multi-core phones that can produce console-quality graphics have made the demand for games on Android skyrocket.

The most notable entry into Android gaming is the Ouya gaming console. The Kickstarter for the Ouya was one of the most successful Kickstarter projects ever, bringing in $8.5 million when the original goal was only $950,000. Wireless controllers, HDMI output, and WiFi connectivity in a Tegra-3-powered unit that fits in the palm of your hand for less than $100 were too much for people to resist.

NVidia, however, decided to make a power play towards the Android gaming community by announcing Project SHIELD at this year’s Consumer Electronics Show. (What’s with the uppercase “SHIELD”, NVidia?) Project SHIELD is a portable, Tegra 4-based handheld gaming device with a fold-down 5” screen that’s built into a controller very reminiscent of an Xbox 360 controller. Project SHIELD also contains a mini-HDMI port to connect it to an HDTV. If you have a PC with an NVidia 650-class card or higher, you can remotely play games that are on your PC through the SHIELD.

Almost immediately, people started announcing the death knell of the Ouya, which only recently sent consoles to developers. I find this to be a very short-sighted and knee-jerk reaction for one very important reason: the Ouya and Project SHIELD share some but not all of the same demographics.

Obviously, both devices target Android gamers; however, the Ouya is above all else a console that can potentially do far more than gaming. Powered by a Tegra 3 chipset, the Ouya has plenty of possibilities for non-gaming uses, such as media streaming, Internet surfing with a Bluetooth keyboard, and so forth. So even though the Ouya is primarily designed as a gaming machine, it is capable of doing so much more. I wouldn’t be surprised if someone manages to install a full Linux OS on it to make it a media or web server. Project SHIELD, however, targets a single demographic: portable gaming. Even though Project SHIELD has an HDMI port built into it, its primary focus is on-the-go gaming. This market is more reflective of people who use a Nintendo DS variant, a PlayStation Vita, or even their phone or tablet than it is console gaming. No one is going to use a Project SHIELD for media streaming or Internet surfing. Additionally, no one is going to (seriously) try to figure out how to make the Ouya portable. No one.

One of the nice things about the Ouya is that as a console it sits at my TV and is managed by a wireless controller. I won’t need a 3m cable running on the floor for me to plug into the controller every time I want to use it. If I want to connect Project SHIELD to a TV, I’m going to have to have a cable sprawled on the floor and connect it each time. I’m sure that someone will have a wireless HDMI kit that will work, but that of course will be an extra expense. To both of those options I say “no, thanks.”

Then, of course, we have the price. The Ouya was so successful primarily because of its price. At $95 for the console and a controller on Kickstarter, so many were reserved that the folks at Ouya needed to come up with additional tiers so that more people could buy the console. Over 60,000 were pledged through its Kickstarter campaign, and the Ouya can be pre-ordered on its web site for $99.

Unfortunately, the price for Project SHIELD has not yet been released to the public. However, it will have far more expensive components put into each controller: the 5” display and the battery pack being the two most obvious, neither of which are required by the Ouya console. (The Ouya controllers use two standard AA batteries.) I would be surprised if Project SHIELD sells for less than $249 MSRP when it’s finally released, which is significantly more expensive than an Ouya.  [Update: A statement from NVidia suggests that the console will be significantly more expensive than that, saying that they are not taking the approach like printers or razors with a low-cost entry and high-cost accessories. Most likely, NVidia is trying to prepare buyers for a strong case of sticker shock.]

What I find most humorous is the attitude that Tegra 3 is now useless because the Tegra 4 has been announced. Are these people serious? Apparently, these people need to be reminded that the Xbox 360 and PlayStation 3 are now seven years old. Their hardware has been technologically outdated for a long time and can’t compare in the slightest to modern PC hardware; yet over 750,000 360s were sold on this past Black Friday alone. Nintendo still continues to sell tens of thousands of the DS line of handhelds every week. Most gamers realize that the age of the technology doesn’t matter as long as it works and works well, so any statements that the Tegra 3 is now useless are statements that drip with ignorance. With all of these differences, comments that the Ouya is now somehow dead before it ever arrives are nothing more than knee-jerk reactions by people who look at the technology alone instead of the overall function and purpose of the devices.

I’m sure that there are some who were looking forward to an Ouya who will now look for a Project SHIELD instead, depending on pricing. Some bleeding will occur. However, the target demographic for the Ouya are those who want to play their phone or tablet games on their TV in the comfort of their own home, putting it in line more with console gamers. Its potential for media streaming also makes it a prime candidate for those who are looking for something like a Roku.

Project SHIELD on the other hand is meant specifically for the gamer who wants portability. In that regard, Sony, Nintendo, and tablet makers should be far more worried about Project SHIELD than Ouya should be.