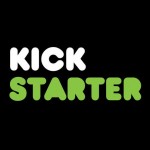 Recently, some articles have been making the rounds regarding defunct projects on Kickstarter. (For those who have never heard of it, Kickstart is a crowdsourcing web site where people pledge money to help to support the creation of new projects, such as movies, video games, music, and so forth.) Kickstarter has already had some incredibly successful funding projects, such as Double Fine Adventures from the team that brought us video game legends Day of the Tentacle and The Secret of Monkey Island, the Android-based Ouya gaming console, and Project Eternity by Obsidian, the developer who brough us video games like Fallout 3 and Skyrim.

These are examples not only of Kickstarter projects that received far more money in funding than they expected (Double Fine Adventures received over $3.3 million after requesting only $400K) but of projects that provide updates on a regular basis to let their backers know that the projects are alive and well. Some projects, such as the upcoming resurection of the classic Leisure Suit Larry franchise, have released over 60 updates so far to keep their backers informed.

Unfortunately, sometimes a Kickstarter project ends up not doing well at all, even when a funding goal is reached. Some companies have lost all of their Kickstarter funding because they did not take into account that taxes need to be paid on that money as income. Some have run into legal issues with their projects that they did not previously consider. Some projects have died because the person or company who created the project vastly underestimated the amount of money that would be necessary to bring that idea to complete fruition.

The latest story to make the web headlines is that of a game called Code Hero. Because no updates were given on the game for a substantial amount of time, some people made an assumption that the games creator, Alex Peake, took the money and ran. (He has since provided an update explaining the situation and assuring everyone that the project is still alive and well.) Some people were calling for refunds of their money. In fact, many of the people who gave money to doomed Kickstarter projects have brought up the topic of refunds.

I’ve struggled to understand why people feel that they are entitled to refunds. The only reason I can think of is that people are viewing Kickstarter not as the crowdsourcing site that it is but rather as a retail store, which is the completely wrong way to view it.

Kickstarter is not Amazon, Best Buy, Tesco, or any kind of retail outlet. When you put money into a Kickstarter project, you are effectively becoming a venture capitalist, putting money into a project with the hopes that it succeeds and that you can get something from your effort; you are not making a purchase. There are no return policies on Kickstarter projects. Everything is done on an “as is” basis. Why this shouldn’t be obvious to people is a bit mind-boggling.

Kickstarter makes the lack of refunds very clear on their web site.

No. Kickstarter doesn’t issue refunds, as transactions are between backers and the creator. In fact, Kickstarter never has the funds at all. When a project is successfully funded, money is transferred directly from backers’ credit cards to the project creator’s Amazon Payments account. It’s up to the creator to issue a refund, which they can do through their Amazon Payments account.

Even beyond the fact that the terms and conditions state what should be blatantly obvious, anyone who asks for refunds for a failed or potentially failing Kickstarter project is a fool. The whole idea behind Kickstarter is that the people who give the project a donation are showing their faith that the project will succeed. This is no different than investing money in the stock market: the investor is hoping that they will get something for their money, but there is always the chance that the stock will collapse and that every penny that was invested can be lost. The stock exchange isn’t responsible for refunding the initial investment of that failed stock nor should it be.

Kickstarter is a type of stock exchange. They are giving people the opportunity to invest in projects that are listed on the site, but they are not responsible for the performance of that project. As such, they have no responsibility for the finances that were invested in that company and have no reason to take on the responsibility for issuing refunds for failed projects.

The issues comes down to a very simple premise: if you can’t afford to lose your money, stay away from the stock market and Kickstarter. Never put in more than you are willing to lose. If it pays off and you get the items for which you pledged, that’s great; but if it doesn’t pay off, you have no reason to expect anything in return.

I hope that those who complain about Kickstarter refunds never play the lottery, play carnival-style games, or go to a casino. They won’t get their money back for not being the winner at those activities either.