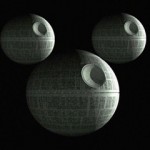 Get ready for podcast #105, although it might be a downer for a lot of you.

One empire takes over a different “Empire”, a “Blade Runner” sequel is happening, Ubisoft gets a partner for their “Assassins Creed” film, the BBC iPlayer is blocked in the US by Comcast and Time-Warner, the “Firefly” crew reunites, 4K is now UHD, the coolest LEGO Batcave EVER, and more!

The Widescreen.org Movie and Media Podcast #105