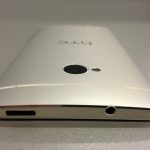 I don’t understand this move away from headphone jacks. I like Bluetooth just fine. I have two Bluetooth headphones that work perfectly and I have a number of Bluetooth keyboards that I use on various PCs.
But when it comes to Bluetooth and phones, the drawbacks still outweigh the benefits. Bluetooth headsets are always more expensive than wired headsets. (Try finding a cheap pair of BT headsets for $10 or less that actually works well. And I have yet to see BT headphones available in places like convenience stores.) They are YET MORE devices that always needs to be charged. Related to that, having to turn on BT on your phone makes the phone’s battery discharge more quickly. And with the exception of high-end headphones they suffer from audio lag.
As much as walking around without a wire attached to your head can be a benefit, in many situations the benefits to Bluetooth do not outweigh the drawbacks.
A friend of mine does a lot of traveling and can always find cheap, wired headphones in every airport he goes to. (He apparently is a bit forgetful, too.) Even when he can find BT headphones in airports, they’re always more expensive and are not fully charged out of the box. That means that he would need to carry around more battery packs, which themselves need to be charged, and more cables to connect to the battery pack, assuming that he doesn’t forget to bring battery packs with him as well.
I have already seen responses from those who arrogantly put themselves on pedestals talking about “the future” or chastising people like me about “living in the past”. “Do you still want to use cassettes?” they arrogantly say on Twitter. That’s the thing with cassettes. Something superior already existed when they went away: compact discs, which then gave way to MP3, Ogg, FLAC, etc. Floppy discs had the same evolution: a superior technology came out that rendered the previous format obsolete. Floppy discs succumbed to Zip discs which then succumbed to USB sticks. In each iteration, a superior format came out that did the same thing but did it better.
There is no such superior alternative for wired headphones. They’re being removed without a proper replacement for no reason.
Dongles are not the answer either. They look stupid. They can be lost. They’re yet more parts that can break. They’re not free. And if you want to do something that obviously no one would possibly want to do – like charge the phone while listening on headphones – you need additional adapters and cables to hang from the phone, adding yet more points of failure. It also puts more stress on the USB-C or Lightning port because it now that single port has to perform multiple duties resulting in many more instances of devices being plugged in and pulled out.
To add insult to injury, phone teardowns have proven that phones without headphone jacks still have plenty of room inside of them. Numerous phone manufacturers have admitted in interviews that they really had no reason to remove the headphone jack, beyond it seeming to be the thing to do even though there is no demand for its removal.
Unfortunately, there are people out there of incredible arrogance who are happy that headphone jacks are going away. Why? What possible benefit is there to removing the headphone jack? You see, that’s the thing with having options: if you don’t want to use the headphone jack, then don’t use it! No one cares. But somehow these people think that because they don’t use something, no one else should either. (Queue those idiots who think that physical media should go away for the same reason even though they’re under no obligation to buy discs anyway.)
This whole push to force Bluetooth on phone users is pointless and needs to stop – and dongles are compounding the problem, not providing a solution.

2 Responses to “Give Me My Damn Headphone Jack”