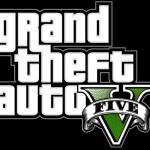 If you’ve followed my podcast or read other articles here, you should know that I love 3D. Unlike the 3D haters who arrogantly want it to go away for everyone just because they don’t like it, I want it to be an option. If you want to use it, great! If you don’t, that’s your choice, and I’m fine with that.

Thankfully, the folks at Rockstar have given PC gamers the option to play Grand Theft Auto V in stereoscopic 3D with settings that are built right into the game! The best part is that you don’t need a 3DTV or a 3D gaming monitor. All that you need is a modern NVIDIA graphics card and a pair of red/blue glasses, but playing this game natively on a 3DTV is an incredible experience!

[Edit: I neglected to mention at the original publication that in order for 3D to work natively with a 3DTV (instead of red/blue), you might need to purchase or otherwise acquire NVIDIA’s 3DTV Play plugin, which is about $40 but is supposedly available for a 14-day trial. I assumed that most people would use red/blue, and because the plugin sits in the background I forgot about it. Sorry for any inconvenience. — JB ]

You need to download the newest NVIDIA drivers that were released specifically for GTAV before you do anything else. Once the new drivers are installed, just follow these steps. (These work for both red/blue and standard 3D.)

You might need to drop some of the settings down to get smoother graphics, but I was able to get a great framerate by dropping my settings down from very high to high and turning off anti-aliasing, which doesn’t bother me anyway. This resulted in a great balance between quality and framerate on both my GTX 970 (720p 3D) and my 750ti (1080p red/blue) graphics cards.

As for that caveat I mentioned, if you use the red/blue method, you can use whatever resolution you want. The red/blue conversion happens within the GPU and doesn’t add a lot of overhead. However, if you plan on using native 3D mode on a 3D monitor or TV, you will likely be restricted to 24 frames per second at 1920 x 1080 resolution, depending on the display and the way it’s connected. For 3D TVs, dropping to 1280 x 720 resolution will allow 60 frames per second in 3D mode.

And please don’t get all high-and-mighty about that. Once the action starts and you have incredible 3D effects in your face, you won’t notice a difference between 1080p and 720p. For the immense depth that 3D mode provides, I’ll take the drop to 720p. That said, I was shocked by how good the red/blue mode looked, too.

Keep in mind, also, that GTAV for the PC is designed to handle 2K and 4K resolutions as well. Add 3D onto that and you’re looking at an absolutely amazing experience! Many thanks to Rockstar for taking the time to bring a proper port (with amazing enhancements) to the PC! This is one case where “PC Master Race” is justified.