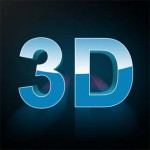 As the end of the year approaches, the annual articles continue to pop up that reflect on the past year, whether the topic is video games, movies, TV, or what have you. In the same way I decided to look up the highest box office numbers for 2014.  For just the US box office, the top 20 movies alone have generated over $4 billion. That amount doesn’t include streaming or disc sales/rentals – just the box office – nor does it include the final Hobbit movie. No matter how you look at it, that’s a staggering number.

(We’ll leave the MPAA’s continuing, pointless fight against Google and “piracy” as a topic for another day.)

But I noticed something else while looking at the list. All but one of the top 10 earners were also released in 3D: Guardians of the Galaxy, Captain America: The Winter Soldier, The LEGO Movie, Transformers: Age of Extinction, Maleficent, X-Men: Days of Future Past, Dawn of the Planet of the Apes, The Amazing Spider-Man 2, and Godzilla. The only Top 10 movie that was not released in 3D is The Maze Runner.

The big news from this past weekend is that the final Hobbit movie, which won’t be released in North America until tomorrow, has generated over $120 million internationally. Of that incredible box office result, 71 percent of that revenue came from 3D showings.

Even though that amount is slightly inflated due to the increased ticket prices of 3D showings, with such numbers one can easily dismiss the anti-3D crowd. Clearly, 3D is still popular and still in demand. Unfortunately, when Five Armies comes out on Blu-ray, 71 percent of sales will not be for the 3D version. Why does the popularly for 3D in the theater not translate to home 3D sales? I blame Hollywood and to a lesser extent the history of 3D as it was treated by the electronics companies.

When 3D TVs first came out, like all cutting-edge technologies, the extra cost to 3D was more than what most people were willing to pay, especially with so little content available at the time. But the manufacturers shot themselves in the foot my making incompatible active glasses. Sony glasses wouldn’t work with Samsung’s 3D TVs; Samsung’s glasses wouldn’t work with Panasonic’s 3D TV; and so forth. None of the companies made any kind of effort to try to work with each other to ensure a smooth, cooperative rollout of 3D TV.

For those who already had new TVs, not a single TV manufacturer – in a disastrously idiotic move – allowed existing 120Hz TVs to become active 3D TVs via a separate transmitter. With a simple kit, millions of 120 Hz TVs could have been converted into active 3D TVs. Of course, this option was ignored by the manufacturers in order to force people to buy new 3D TVs. These kinds of factors helped to keep 3D out of a lot of people’s homes in its critical, infant stage, especially from those who already had 120 Hz TVs, thus keeping the initial demand for 3D content low.

As the market matured, costs dropped due to economies of scale and improved technology. Nowadays, 3D TVs generally don’t cost any more than their 2D cousins in the same price range. But what has Hollywood done to drop costs of 3D Blu-rays so that more 3D content can actually get into the hands of consumers? Regrettably, they have done nothing. As a result, 3D Blu-ray sales continue to be just a fraction of their 2D counterparts.

When 3D Blu-rays started to appear, the studios made a mind-boggling decision to force 3D Blu-ray buyers to also buy not only the 2D Blu-ray but also the DVD and the streaming version in one package. In some ways, this was a smart way to try to get people who wanted 3D later to get their content now, but only if they were willing to soak up the exorbitant costs. In other ways, they set a precedent for disc pricing that is still killing the potential of home 3D.

Having multiple packages resulted in more manufacturing costs and new cases to be able to hold all of that media. I have no doubt that the price was also driven up as compensation for buying three physical media, two of which could easily have been given to other people who would have otherwise paid significantly more for the standalone disc. (After all, the MPAA and the studios have made it very clear that they view us not as customers but as potential pirates.)

However, prices to buy the 3D version were often 50% higher than the 2D version because of all of the extra versions that were included but were not necessarily wanted. A 2D Blu-ray at retail is usually around $20 or $25; but in order to buy the 3D version, customers need to shell out upwards of $35 even if they don’t want the 2D or DVD version. How exactly this is supposed to increase the popularity of 3D is quite a mystery.

For comparison purposes, I decided to look at the prices on Amazon (accurate as of the posting date of this article) for various 3D and 2D Blu-ray releases and found that the 3D versions are at least 20% more than their 2D-only counterparts. In some cases, the 3D version is twice the price of the DVD:

As you can see, 3D is at a severe pricing disadvantage. With Guardians, customers pay a 20% premium over the 2D version; Captain America, 50%; Spider-Man, 25%; and Dragon, a staggering 86% premium. Why does Hollywood not realize that they are helping to kill their own 3D demand with such price increases?

One argument of course is the cost of the 2D disc. That, however, is a moot point. There is no difference in the physical medium. A Blu-ray disc is a Blu-ray disc; and blank Blu-rays – especially in the quantities that Hollywood would use – are available in bulk for less than 50 cents per disc, possibly significantly less. Hollywood has absolutely no justification for charging even $5 more (forget $10 or $13!) for the 3D version. What makes a Blu-ray 3D is its encoding, not the type of medium that it’s on. There are no separate blank 3D Blu-rays. As a part-time videographer, I have all of the tools necessary to create 3D content. I would use the exact same BD-R that I would use to create a 2D version.

So, why is there such a cost difference? The simple answer is “because they can charge that”. But unfortunately the studios apparently don’t realize (or don’t care) that by charging so much more for the 3D version they’re helping to ruin the potential home 3D market. Although I’m not naïve enough to think that pricing alone will make 3D more popular, Hollywood is by no means convincing people who might be on the fence nor are they convincing existing 3D supporters to buy more 3D movies. And for people who have a 3D TV but don’t have any strong inclination to watch their content in 3D, the excess prices are not going to sway those people towards more 3D content.

3D will always be a niche product in the home, but Hollywood’s short-sightedness and search for the almighty dollar are hurting the prospects for 3D to be a larger niche. The sad irony is that if 3D-in-the-home does completely die out, Hollywood will blame a lack of consumer demand. The truth, however, is that their own anti-consumer tactics are the major factors in any lack of consumer demand. Hollywood needs to start pricing 3D content more closely with their 2D counterparts if home 3D is to have any chance of surviving.