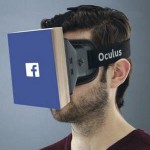 The news that Facebook (of all places) bought Oculus VR sent a shock wave throughout the Internet, particularly the gaming community. Condemnation, anger, ambivalence, confusion, and rage echoed around the world. The only people who seemed to be genuinely happy with this are Mark Zuckerberg, Palmer Luckey, and John Carmack. I know I’m not happy with it, and unfortunately my interest in the Oculus Rift is gone.

The Oculus Rift story probably doesn’t need much repeating. The small tech company went to Kickstarter asking for $250,000 in funding but ended up with almost $2.5 million.  Through word of mouth as well as being open with their status and the technology, they garnered a huge fan base of people who were looking forward to finally purchasing their own VR headset. When gaming legend John Carmack of iD Software (Doom being the most recognizable game) joined, gamers all over the world rejoiced at what this little company was becoming and the promise that it held.  Oculus VR was the small company that made it big “by gamers for gamers”.

And then Mark Zuckerberg bought them out for $2 billion.

The response was swift and brutal. Accusations of selling out, calls for boycotts, notices of pre-order cancellations, and similar statements were made. Minecraft creator Markus “Notch” Persson made a statement that he has cancelled porting Minecraft to the Oculus Rift because he thinks that Facebook is “creepy”. A lot of gamers felt betrayed that this “little company that could” became a corporate sellout. The fact that Facebook, which is not a hardware company in any way, was the buyer added the proverbial fuel to the fire.

The shock has worn off and the denial is now settling in for those who still want a Rift but need to justify it to themselves. I’m not one of them. I’ve been rubbing my hands with glee waiting for the Rift to come out commercially, but I’m no longer interested in the Rift. I doubt that I will be any time soon. And frankly I don’t care if that’s an irrational response.

In the conference call with investors, Mark Zuckerberg said the he planned on putting whatever advertising he can into the Rift. I assume that it also means some kind of mandated connection to your Facebook account. Meanwhile, on a post on Facebook he tried to cover that with claims of how the Rift will be the future of computing technology and how it will open new doors for social interaction.

In truth, VR will for the foreseeable future be a very niche technology  (cue the 3D haters who always complain about the “goofy glasses”, even the lightweight plastic ones) and its uses for “social interaction” are questionable at best. Does he expect people to talk to each other through virtual environments using a bulky, multi-hundred-dollar headset instead of a webcam? Apparently, he does having said, “Oculus has the chance to create the most social platform ever.” Sony tried the same kind of thing with PlayStation Home, which has become a bit of a joke in the gaming community.  I don’t see anything Facebook can do as being much more of a success. Frankly, the Japanese already have much more “interesting” devices for social interaction. If you don’t know what I’m talking about, this isn’t really the place to discuss it.

We also have the statements of Oculus VR’s co-founder Palmer Luckey who in 2013 said that he wanted to keep the company independent. With $100 million dollars of funding and possibly millions of gamers ready to put money down for the commercial version, independence seemed to be a completely attainable goal. We see now that independence can be bought. Hey, thanks for the money, Kickstarter community, but we have a new sugar daddy now!

Although I did not take part in the Kickstarter, I sympathize with those who feel that they have been betrayed. They will get nothing from this because they were not “investors”. They didn’t give their money for this small, gamer-focused startup to be swallowed by another company, let alone one that has made it clear that the focus will now be on social interaction instead of gaming.

Unfortunately, this will likely have a negative effect on Kickstarter as well due to potential backers of emerging tech possibly withholding their money for fear of the same kind of corporate buyout. The whole idea behind crowdfunding is to keep the corporations out. Whether on Kickstarter, Indiegogo, or others, projects are supported and funded by the people with the intention of being a benefit to the people. Whereas Oculus VR still can be a benefit to the people, their agreement to be bought out by Facebook is not benefiting the people who funded them in the first place.

When it comes to feeling that Oculus threw the finger to the Kickstarter and the rest of the community, user zeel over on Kotaku said it best:

When you donate to a kickstarter you are saying that you believe in someone’s dream, and you want to help them achieve it. There is a social contract, if not a legal one, that says that the receiving party will use the money in good faith. … When someone cuts and runs, or when they change the plan, or when they sell out – they break that good faith, they break the social contract, and this isn’t ethical.

When Oculus sold out to Facebook they did so in bad faith. … Now if anyone out there thinks that for some reason they are actually entitled to a refund – you’re a moron. But being upset is totally justified – and it’s important. It’s very important to remember that regardless of what is lawful, what is right is still going to matter. Selling to Facebook is directly the opposite of what the backers were giving their money to. … Nothing about facebook fits with the ideals behind Kickstarter. Hell, they probably [could] have sold to a dozen other companies and nobody would have blinked – but Facebook? No.

It was unethical. There is no recourse, nor should any have been expected – but that doesn’t make it right.

And that is really the crux of the issue. If Facebook had merely funded Oculus VR, like Microsoft funded Apple many years ago, people might be upset but at least Oculus VR would have still been independent. Instead, Oculus VR decided to ignore their own statements of independence and agreed to be bought by a non-tech company that people already don’t like but use because there aren’t many other options out there. Instead of being able to listen to the community that funded them, they now have a corporate overlord that they have to obey. That’s not why people gave them $2.5 million.

Friends of mine tried to claim that because Facebook hasn’t really made changes to Instagram or WhatsApp that they won’t make changes to Oculus VR. One also tried to end the discussion by stating that Disney hasn’t done anything to Marvel or ESPN. To those who believe the same thing, you need to learn about the logical fallacy of composition: what happens to one must happen to all.

(The Disney comparison isn’t a very accurate one anyway. Disney is a company that has done printed and visual entertainment for more than a century, so buying Marvel and ESPN isn’t an unnatural fit. A social web site that depends on pushing advertising buying a virtual reality hardware company is a different story all together.)

Before the buyout (sellout?) I was excited to hear that Oculus VR will be at PAX East next month. I don’t care anymore.